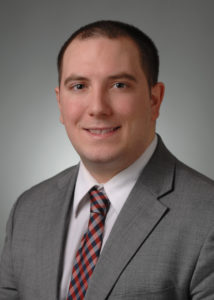 Robert Kroeger joined the Blake Horwitz Law Firm in 2017 as an intern while still in law school. After graduating and passing the bar, Robert was hired as a full time attorney. Robert has experience in all stages of litigation at the state and federal level. Robert drafted the Plaintiff-Appellant’s brief in Burton v. City of Zion, which resulted in the Plaintiff-Appellant being granted a new trial by the United States Court of Appeals for the Seventh Circuit. Robert received his bachelor’s degree from Aurora University in Aurora, Illinois. While at Aurora University, Robert majored in political science and minored in criminal justice. Robert received his law degree from the John Marshall Law School in Chicago. During his time there he volunteered with the John Marshall Law School Family Law and Domestic Violence Legal Clinic and Prairie State Legal Services in Kankakee, Illinois. Robert is currently a member of the Chicago Bar Association Young Lawyer Society Labor and Employment Law Committee.

United States District Court for the Northern District of Illinois, 2018