Home / Blog / Verdict for $1.6 Million against City for Police Officer who was Disabled by High-Ranking Firefighter 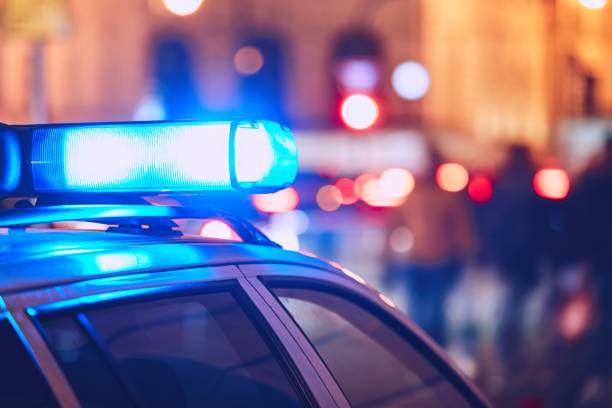 Verdict for $1.6 Million against City for Police Officer who was Disabled by High-Ranking Firefighter

In 2017, The Blake Horwitz Law Firm earned a $1.6 million verdict and eventual settlement from the City of Chicago for Joseph Smith, a 25-year Chicago police veteran who was left disabled by high-ranking Chicago firefighter Mark Altman. As part of the settlement, Altman, who is the son of former Mayor Richard Daley’s fire commissioner, ended up having to pay $5,000 in punitive damages.

Year earlier, as described by the Chicago Sun Times, Officer Smith was assisting with a search and rescue effort to locate two people who had fallen into the Chicago River. While Officer Smith was performing his duties as a Chicago police officer, Altman—who was a Captain with the Chicago Fire Department at the time—demanded that Officer Smith leave the scene. Suddenly, Captain Altman grabbed Officer Smith and slammed him into the riverbank, which caused him life-changing injuries.

As a result, Officer Smith needed multiple surgeries. He was never able to work his same job within the Chicago Police Department and had to go on a prolonged disability leave. Furthermore, when Officer Smith’s supervising sergeant attempted to arrest Captain Altman, he was told by his superiors to stand down despite multiple eyewitnesses confirming that Officer Smith’s attack was unprovoked.

As reported in another Chicago Sun Times article, Altman he has since been promoted to battalion chief and is earning a hefty six-figure salary. While Officer Smith, on the other hand, has been demoted and had his salary reduced as retaliation for his lawsuit against the City and Altman.

Even with the settlement, The Blake Horwitz Law Firm continues to fight on Officer Smith’s behalf by filing a separate lawsuit against the City and the Chicago Police Department for this unlawful retaliation. The firm currently represents several other firefighters and police officers for similar instances where they were impacted by high-ranking City employees abusing their power.

If you or someone you know share a similar story as Officer Smith, contact The Blake Horwitz Law Firm at (312) 676-2100 or office@bhlfattorneys.com.

Read more about this settlement and lawsuit below:

© Blake Horwitz, LLC. 2018 All rights reserved The information contained in this website is provided for informational purposes only, and should not be construed as legal advice on any matter. The transmission and receipt of information contained on this Web site, in whole or in part, or communication with The Blake Horwitz Law Firm via the Internet or e-mail through this website does not constitute or create a lawyer-client relationship between us and any recipient. You should not send us any confidential information in response to this webpage. Such responses will not create a lawyer-client relationship, and whatever you disclose to us will not be privileged or confidential unless we have agreed to act as your legal counsel, and you have executed a written engagement agreement with The Blake Horwitz Law Firm. The material on this website may not reflect the most current legal developments. The content and interpretation of the law addressed herein is subject to revision. We disclaim all liability in respect to actions taken or not taken based on any or all the contents of this site to the fullest extent permitted by law. Do not act or refrain from acting upon this information without seeking professional legal counsel. La información contenida en este sitio web es proporcionada únicamente para propósitos informativos y no debe ser interpretada como consulta legal acerca de ningún asunto. La transmisión y recepción de información, total o parcial, contenida en este sitio Web, o la comunicación con El Bufete de Abogados Blake Horwitz a través de Internet o correo electrónico por medio de este sitio web no constituye o crea una relación abogado-cliente entre nosotros y cualquier destinatario. Usted no debe enviarnos ningún tipo de información confidencial en respuesta a esta página web. Dichas respuestas no crearán una relación abogado-cliente y lo que usted divulgue a nosotros no será privilegiado o confidencial a menos que hayamos convenido en actuar como su asesor legal, y usted haya ejecutado un acuerdo de compromiso escrito con El Bufete de Abogados Blake Horwitz. El material en este sitio web puede no reflejar los desarrollos legales más actualizados. El contenido e interpretación de la ley indicado aquí está sujeto a revisión. No somos responsables respecto a acciones tomadas o no tomadas basadas en cualquier o todo el contenido de este sitio web en la mayor medida permitida por ley. Usted no debe actuar o abstenerse de actuar sobre esta información sin solicitar asesoría legal profesional.